as i was enjoying the company of my extended family, we began

discussing the books we were reading.  to my dismay but not
surprise, i didn't care much about the books the ladies were
reading.  i can't name a single nicholas sparks' character. 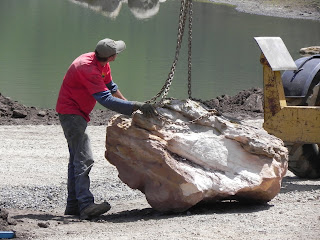 the men, however, were reading all my favorite living authors.
we were soon debating which hollywood actor could possibly
fill the shoes of mitch rapp, vince flynn's action hero.   daniel
craig was my favorite, brad pitt being too feminine, george
clooney too not sean connery, and liam neeson a little too big.
while we were extolling  the amazing feats of mitch rapp, i was
secretly thinking about jack reacher, lee child's giant hearted and
sized protagonist.  liam neeson, of course!

i have learned a great deal from jack reacher.  as my family was
elevating the eiffel tower, i whispered the "12 ways to identify a
terrorist."  i also know now that it is better to "say nothing," and
if you have to fight more than one bad guy at a time, "identify the
ringleader, the one who does all the talking.  hit him first and
hard.  the others will think twice."
if you're worried that i am fantasizing about a fictional hero, you
are dead wrong.  i want to BE him.
what did you say???
love,
lea
"be strong and courageous.  do not be terrified;   do not be
discouraged, for the Lord thy God is with you."  joshua 1:9

written by myletterstoemily at 6:28 PM 37 comments: