the fox and the hound

once upon a time there was a little westie, named jackson.  he was loved
by his humans but a bit bored with them.  they fed him and walked him,
but he longed to chase something with a tail. 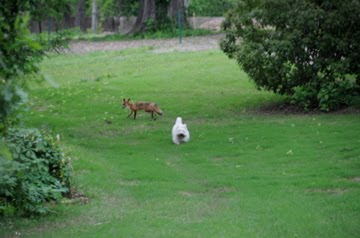 so one day, he sneaked out of the fence and found his kindred spirit. 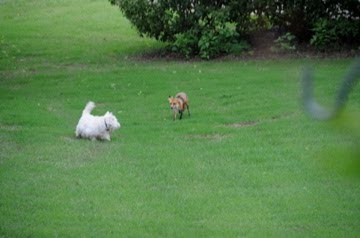 they frolicked in the meadow, and jackson had the time of his life, but
he never felt completely safe with his new playmate. 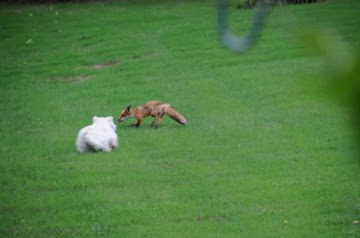 even though his special friend really liked him, he also seemed to want
to eat him. 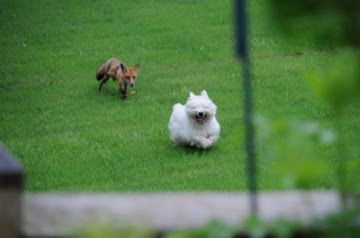